There are fears that naturally occurring chemicals produced by certain moulds in cereal crops may be converted into toxic substances inside the body. 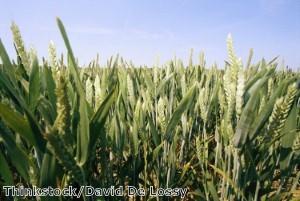 Consumers may be exposing themselves to harmful toxins when they eat certain foods, despite regulations aimed at ensuring their safety.

There are rules concerning the levels of moulds and toxins that are allowed in foods produced from grain crops, but Italian researchers claim that 'masked' mycotoxins still present a risk to people's health.

This is because once certain mycotoxins are inside the body, they change from harmless forms into potentially dangerous ones - yet these are not covered by the existing regulations.

Researchers at the University of Parma have shown that mycotoxins produced in cereals are broken down by microbiota in the human bowel, releasing toxic substances and other products, the health effects of which are as yet unknown.

In light of their findings, the experts say that existing regulations governing the levels of contaminants in cereals should therefore be amended to include these mycotoxins and reduce the potential threat to people's health.

Writing in the journal Chemical Research in Toxicology, they argue: "For this reason, masked mycotoxins should be considered when evaluating population exposure."

The finding is significant as mycotoxins are known to cause a number of adverse health effects, with some capable of damaging DNA in ways that may lead to cancer and others linked to kidney damage, gastrointestinal problems, reproductive disorders and a compromised immune system.

Experts have already established tolerable daily intakes (TDIs) for many mycotoxins to ensure people are not exposed to dangerous levels over the course of their lifetime, but the risks associated with masked mycotoxins remain unknown.

One way of removing mycotoxins from the body and therefore reducing any associated health risks could be to use a product containing zeolite, with research suggesting that this volcanic detox mineral is effective at adsorbing mycotoxins.

Zeolite can be found in AlphaClear, a detox supplement supplied by The Really Healthy Company that helps to detoxify the body and boost immune function.

AlphaClear contains a very safe form of zeolite called clinoptilolite, which is highly effective at absorbing heavy metals and other toxins so that the body's cells are protected.