Women who wish to take a natural approach to dealing with menopausal symptoms may benefit from leading a more active lifestyle. 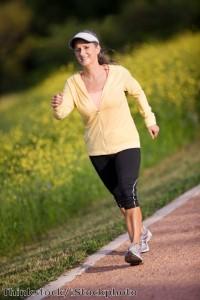 Women who experience hot flushes, palpitations and other troublesome symptoms during menopause may be able to improve their sleep by taking more exercise, a study suggests.

Researchers at the University of Pittsburgh School of Medicine looked at data on 52 women, aged 54 to 63 years, who had taken part in the Study of Women's Health Across the Nation.

All of the women had reported menopause symptoms such as hot flushes, but were not taking hormone therapies to control these.

The researchers found that women who did the most physical activity in their free time tended to enjoy a better quality of sleep than those who rarely exercised.

Housework and gardening were also associated with better sleep, with women who regularly engaged in these activities typically waking up fewer times during the night.

The findings suggest that women who are going through the menopause may benefit from increasing their activity levels.

They added that even modest levels of physical activity, such as those typically experienced during housework, "may be important for women with vasomotor symptoms" such as hot flushes and palpitations.

The findings may be beneficial for countless women, with many having trouble sleeping due to night sweats and hot flushes.

Some women with particularly severe symptoms choose to take hormone replacement therapies, but these carry side-effects and the majority of women prefer to make lifestyle and dietary changes instead.