Evidence grows for role of BioBran MGN-3 in immune support

BioBran MGN-3 increasingly seems to be an effective product for amplifying the body's immune response to cancer. 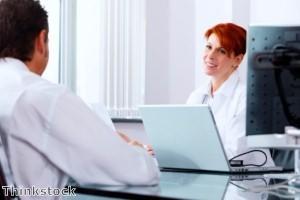 There is an increasing body of evidence supporting the use of a natural immunomodulator called BioBran MGN-3 to boost the immune system.

BioBran MGN-3 is a non-toxic food supplement made from the breakdown of rice bran using enzymes derived from the shiitake mushroom.

This process results in a unique blend of hemicellulose nutrients which support the body's white blood cells to carry out their role.

A number of studies have shown BioBran MGN-3's ability to stimulate immune function, with research revealing a powerful effect on T cells, B cells and natural killer (NK) cells, all of which play an important role in keeping the body healthy.

NK cells are particularly relevant for those who are concerned about their risk of cancer, as they appear to stick to rogue cancerous cells in the body and destroy them.

Our natural levels of NK cells decline as we get older - a fact that could help to explain why most cancers become more common from middle-age onwards.

However, studies indicate that BioBran MGN-3 - which is supplied by Really Healthy - could help to prevent our levels of NK cells from being depleted.

One expert who has spent years researching NK cells and is interested in the potential of BioBran MGN-3 is Professor Rupert Handgretinger, a paediatric oncologist at the Tubingen University Hospital in Germany.

His latest work has focused on the role NK cells play in improving outcomes for children undergoing stem cell transplants for leukaemia.

Research suggests children with high NK cell activity are about a third less likely to relapse within six years of having a stem cell transplant than those with depleted levels.

The expert has been studying the effects of BioBran MGN-3 in his patients, either on its own or in conjunction with interleukin-2.

With a foundation of successful studies and clinical use, and with further studies in the pipeline, BioBran MGN-3 has become the natural immunomodulator of choice for doctors and other healthcare practitioners worldwide in their fight against cancer.