Environmental pollution has been linked with a reduction in cognitive function in older adults. 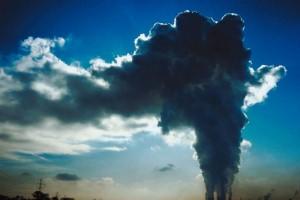 Environmental pollution has been linked with decreased cognitive function in older adults, according to a new study.

While memory slips and dementia may often be considered part and parcel of growing older, an increasing body of evidence is showing that lifestyle and location factors could have a significant part to play in the ageing of the mind.

Research presented recently in San Diego at The Gerontological Society of America's 65th Annual Scientific Meeting showed that the air one breathes could damage the brain.

This means that older people who live in areas of high air pollution could suffer from decreased cognitive function, the data from the US Environmental Protection Agency and the Health and Retirement Study shows.

Doctor Jennifer Ailshire, a National Institute on Aging postdoctoral fellow in the Center for Biodemography and Population Health and the Andrus Gerontology Center at the University of Southern California, explained: "As a result of age-related declines in health and functioning, older adults are particularly vulnerable to the hazards of exposure to unhealthy air.

"Air pollution has been linked to increased cardiovascular and respiratory problems, and even premature death, in older populations, and there is emerging evidence that exposure to particulate air pollution may have adverse effects on brain health and functioning as well."

The study found that subjects living in areas where there were high levels of fine air particulate matter scored poorer in cognitive function tests.

This was even after other factors such as race, age, education, smoking, respiratory and cardiovascular disorders were taken into account.

Living in less polluted areas can help reduce toxin exposure, as can taking a high full-spectrum antioxidant food supplement complex such as AlphaGuard Plus.