A new study has returned worrying results about the consequences of excessive alcohol consumption. 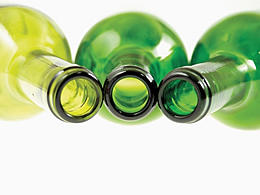 It has long been known by anyone who is even remotely conscious of health issues that excessive consumption of alcohol is not good news. Now, a new study has revealed more specifically that it could increase not only the progression of atherosclerosis, but also the risk of stroke.

Based on data harvested from 2,600 Finnish men, the research revealed that for these individuals, atherosclerosis development was heightened after consuming just six or more drinks in one session. Meanwhile, the risk factor for stroke was increased when men had just one hangover a year - regardless of the quantity of alcohol consumed.

As for drinking regularly and in large quantities, those who drank a great deal of alcohol more than twice a week boosted their stroke mortality risk.

The likelihood of both unfavourable health outcomes outlined above was further increased if the individual was either overweight or presenting symptoms of hypertension.

Official figures suggest that, after heart disease, stroke is the leading cause of death across the world, responsible for around ten per cent of mortalities. Further illustrating the importance of such findings is the fact that stroke is also one of the leading causes of disability.

This follows research published earlier this year in the Journal of Studies on Alcohol and Drugs which suggested that there may be a genetic link between those who have an unhealthy relationship with alcohol and individuals who struggle with eating disorders.

Rather, those with a certain eating disorder may be more predisposed to struggle with alcohol dependence than those without that particular eating problem, and vice versa.

"In clinical practice, it's been observed that individuals with eating disorders also have high rates of alcohol abuse and dependence," confirmed lead author Melissa Munn-Chernoff from the Washington University School of Medicine in St Louis.

The expert confirmed that while this had been investigated before, this was the first study to include men, who are perhaps wrongly not as commonly associated with eating disorders as women - even though it is a very real problem for both sexes.

Despite negative research concerning alcohol consumption, this is not to say that it cannot be enjoyed in moderation, but individuals must know what exactly this constitutes.

According to official figures, men should not consume more than three to four units a day, while for women this figure is slightly lower - rather, two to three daily units. One unit constitutes roughly the amount of alcohol that an adult can biologically process within an hour.

While keeping an eye on alcohol consumption is one way for individuals to safeguard their health, another might be to take vitamin and mineral supplements to ensure they are receiving the right amount of essential nutrients in their diet.

A broad-spectrum complex such as KBG Algae, available from the Really Healthy Company, could be the perfect formula, as it is one of the most nutrient-dense supplements available on healthfood markets today.

For those wanting to give their vascular health a boost, NKCP Nattotabs tablets (from the same supplier) could be perfect. The traditional Japanese food helps to maintain optimum blood flow, and so may be advisable for those who are perhaps immobile, for example.