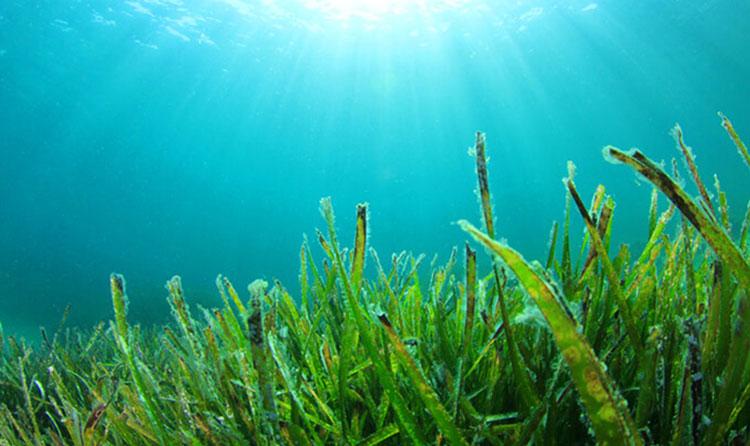 Algae are an increasingly popular addition to diets, as consumers look for clean, organic and food-based routes to increasing nutrition.  Whilst there are many different forms of supplementation around, eating your nutrients is by far the most efficient way of ensuring you get the benefits. Today we look at the three most popular edible algae to understand their health application and choose the one that is best suited for your health needs.

Edible algae, whilst relatively new to the UK has been a dietary staple in most coastal regions around the world for many centuries. Algae is one of the very few plant sources of protein, and with an impressive nutrient profile that includes macro and micronutrients, algae is a popular vegan and vegetarian food ingredient.

The use case for each algae differs according to the strength of supporting research. There is scholarly disagreement around the number of algae one should take, the dose and the form. Much of the clinical trials have been conducted on a variety of forms of algae – some are dried, some extracted and some tinctured. One theme that is consistent throughout all of the research is that each algae has an effect on an area of the body – and it is these effects that we will be investigating today.

Chlorella is most often used in detoxification. It is a complete protein and is a great dietary source of nutrients and muscle-building amino acids.

Chlorella is a dietary source of protein, B12, Iron, Vitamin C, magnesium, zinc, copper, potassium, calcium, folic acid and other B vitamins, omega 3, and some fibre – although the precise amounts of nutrients will vary according to the way that chlorella has been processed.

Metals such as lead, mercury, and aluminium enter the body via our food, drink and environment. If the body cannot clear these trace metals out of our system then illness can begin to occur. These metals are notoriously difficult to remove from the body, as they tend to bind to our human cells – and then create disruption.  Chlorella has gained some fame as a detoxification tool after animal trials showed that consumption of chlorella does reduce the number of metals found in animal bodies.

In studies on cholesterol and mind hypercholesterolemia – daily consumption of chlorella supplements reduced blood lipids, having a total cholesterol-lowering effect on subjects who has mild levels of high cholesterol.   The effect was attributed to the high carotenoid content of chlorella.

Spirulina is an algae with high protein content, it contains 8 of the 9 essential amino acids. It also contains many beneficial oils such as linoleic acid – a ‘healthy’ polyunsaturated fat which facilitates the lowering of cholesterol.

Spirulina has been shown in some studies to reduce blood lipids significantly in multiple animal trials – and this lipid-lowering effect was not affected by dose (similar results were obtained at 5, 10 and 15% concentrations).

Spirulina has also shown promise as a weight loss aid. The precise mechanism has not yet been mapped out, but it is thought that by suppressing fat-cell generated oxidative stress, it may be generating a systemic anti-inflammatory effect, and sensitizes cells to insulin, enabling cells to consume energy more efficiently – thus offsetting energy-seeking sugar cravings.

May reduce emaciation from a serious illness

In studies on malnourished individuals such as those living in third world countries, those with eating disorders that prevent healthy eating, any chronic disease that affects nutrition, spirulina has been shown to preserve the wasting of muscle tissue – an important storage house for nutrients, and essential for mobility and overall strength.

The research on algae is primarily focused on its brain, mood and mind benefits. The scientific literature around this amazing algae shows it has potent brain-protective benefits, particularly in neurodegenerative conditions such as Alzheimer’s in rat models. In addition to this brain beneficial effect, Klamath showed a protective effect: it prevented damage from inflammation in stimulated conditions.

Klamath Algae is a lesser know edible algae known in the research as Aphanizomenon flos-aquae. It grows spontaneously in Lake Oregon in the USA. Algae such as spirulina is frequently grown in farmed, controlled conditions – whereas Klamath Algae is considered a living fossil – growing spontaneously and wildly within the lake. This Lake environment makes for easy harvesting of wild algae in its most natural state.

May increase the production of stem cells

Klamath has been studied for its effect on stem cells. Stem cells are the starting cells from which all human cells are made. Cells in the human body have limited life spans, and rely on a constant turnover of cells to enable the body to restore and repair itself. Klamath algae have been shown in vitro to facilitate the production of stem cells, making it a powerfully restorative food for the human body.

Klamath is a source of phenylethylamine which is a neurotransmitter, commonly referred to as the ‘pleasure molecule’ as it generates the release of dopamine and adrenaline. In studies on depressed humans, PEA, the active ingredient in Klamath Algae was shown to increase mood and morale in depressed patients.

Studies conducted on children with attention disorders investigated the use of Klamath on brain health and concentration. An extract of the active ingredient was given to the children, to assess whether or not there would be a difference in behaviour. The outcome was that concentration was improved, as was morale and focus. Research suggests that this makes it an excellent mood enhancer, and beneficial for morale and concentration.

Reliable Source of B12

There is a difference of scientific opinion on how much Klamath is needed to obtain an adequate amount of B12, but one thing that is agreed upon is that Klamath provides an effective, absorbable amount of B12 – making it popular food choice amongst vegan consumers.

Lucky for you, The Really Healthy Company sell these beautiful Algae in one super combination. Why choose when you can have them all right.

Click here to browse our range of super algae.