New guidelines suggest that eating broccoli may help to slow progress of the most common form of arthritis. 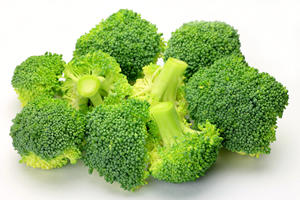 Eating plenty of green veg as part of a healthy, balanced diet has long been the advice of nutritionists and medical professionals. However, guidelines have been published which advise chowing down on broccoli should people wish to prevent or slow the progression of osteoarthritis - the most common form of the joint condition.

This is because the vegetable contains sulforaphane which slows the degradation of joint cartilage, according to research led by the University of East Anglia (UEA). This is ultimately what causes the pain and debilitating effects of osteoarthritis.

Other vegetables such as Brussels sprouts and cabbage do also release the compound - however, not in the same quantities as broccoli.

The research could prove invaluable, not least to ease the burden on the public health service. According to official NHS figures, around a million people visit their doctor about the condition every single year.

Professor of musculoskeletal biology at UEA and lead researcher Ian Clark, commented: "[Osteoarthritis] is a huge health burden but a huge financial burden too, which will get worse in an increasingly ageing and obese population such as ours.

"As well as treating those who already have the condition, you need to be able to tell healthy people how to protect their joints into the future."

Similarly to sulforaphane, another substance contained in some vegetables - notably cabbage, broccoli, cauliflower and Brussels sprouts - which can also present valuable health benefits is Indole-3-Carbinol (I3C).

I3C is a phytochemical which is used as not only an antioxidant, but also as an inhibitor of aberrant cell growth and to modulate estrogen metabolism.

Available from the Really Healthy Company, a I3C supplement can help both men's and women's bodies to maintain an optimum hormone balance, as well as support the function of the breasts, prostate gland and other reproductive organs.

The supplement can also aid the liver with detoxification - one of the central functions of the vital organ.