A small clinical trial suggests that MGN-3 may have a beneficial effect on innate immunity in people with multiple myeloma. 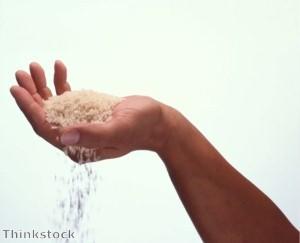 People with a form of cancer called multiple myeloma could benefit from taking a supplement containing a natural compound called MGN-3, according to early research conducted in a small number of patients.

Multiple myeloma starts in white blood cells called plasma cells and affects about 60 to 70 in every million people, according to NHS figures.

However, doctors and patients alike are becoming increasingly interested in the potential of natural compounds that modulate the immune system and boost its healing capabilities.

This natural compound - which is found in a product called BioBran MGN-3 - has previously been shown to activate NK cells, modulate the maturation and differentiation of dendritic cells and induce a natural process of cell death called apoptosis in lab tests.

Study participants took MGN-3 or a placebo (dummy treatment) for three months and the researchers then analysed blood samples to see if there were any differences in the patients' NK cell activity or levels of cytokines.

Publishing their findings in the journal Cancer Immunology, Immunotherapy, the study authors revealed there was a "clear increase in NK activity in MGN-3-treated patients compared to the placebo group", as well as elevated levels of dendritic cells in their blood and increased concentrations of certain beneficial cytokines.

They concluded: "The present study suggests that MGN-3 may represent an immunologically relevant product for activating innate immunity in multiple myeloma patients and warrants further testing to demonstrate clinical efficacy."

The results are promising although, as the researchers say, much more research is needed to determine whether or not people with multiple myeloma and other forms of cancer might benefit from using MGN-3.

However, BioBran MGN-3 certainly does appear to support the immune system and could help with normal health maintenance.