Research suggests that more needs to be done to ensure technologies for removing arsenic from drinking water are effective. 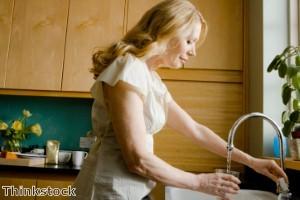 Processes used to remove the environmental contaminant arsenic from drinking water may not be sufficiently effective, scientists have warned.

A number of countries across the world are affected by natural arsenic pollution, with certain parts of the UK - including west Cornwall - having a naturally high level of the element in the rocks.

Various technologies are used to remove arsenic from contaminated water, but researchers at the University of Exeter Medical School say there is not enough evidence regarding their effectiveness.

Most of the studies they found that had looked at the effectiveness of these technologies were of poor quality or had missing data, with good evidence available for just two of the techniques.

"It is imperative that more data is made available for decision makers to choose the most appropriate and effective technology for ensuring clean, safe water," said Dr Mark Pearson, who led the study at the University of Exeter Medical School.

Hundreds of millions of people around the world could be at risk from arsenic in water supplies, as the natural element is toxic and may cause those who drink contaminated water to develop cancer.

According to Water UK, the main routes by which arsenic ends up in our water supply include run-off from roads and pavements, industrial activities and trace amounts in detergents and bleach.

Research suggests that the level of arsenic in river water should not exceed 0.5mg per litre of water and, in most parts of the UK, levels are far lower than this.

However, in areas with a naturally high level of arsenic in the rocks and a history of mining activity, levels may exceed 2-3mg per litre, highlighting the importance of effective extraction technologies.

In addition, people living in these areas with high levels of arsenic may want to consider ways to reduce its effects on their bodies, for instance by using a detox supplement such as AlphaClear.

This liquid food supplement is simply added to drinking water each day and provides the dual benefits of alpha lipoic acid - a powerful antioxidant - and zeolite.

Zeolite is a volcanic mineral that has a great ability to absorb toxins such as arsenic.

The type of zeolite used in AlphaClear is clinoptilolite, which is safe for human consumption and has a unique honeycomb structure that enables it to mop up heavy metal ions and other toxins from inside the body.

It may therefore help to provide peace of mind to those living in areas with a naturally high level of arsenic in the rocks who have no idea what this might be doing to their health.