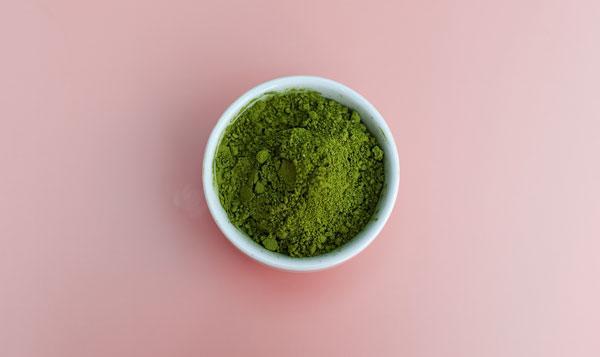 Green Tea is an ingredient that keeps popping up in weight control products, and since lockdown, we have noticed an increase in interest in our PRL Fermented Green Tea – so much so, we decided to write an article about it.  What is the link between Green Tea and weight control?  Here is a summary of the research:

Increases calorific burn – even at rest

Multiple studies on human metabolism and green tea have observed a link between the consumption of green tea and the number of calories burned, even while at rest. This is increased by exercise. It is thought that Green Tea is increasing metabolism, but how?

Reduces the amount of starch absorbed in meals

There is a relationship between carbohydrate metabolism and weight gain and loss.  High carbohydrate diets correlate with increased weight gain. Green tea is full of a phytochemical called catechins. In animal models, catechins prevent the breakdown of starch by inhibiting the enzymes responsible for converting starch to energy. As a result, less starch is digested and converted to body weight.

Just like the mechanism of catechins in starch, green tea contains a phytochemical called epigallocatechin-3-gallate, or “EGCG” for short. EGCG inhibits the action of a digestive enzyme called lipase, which is responsible for the digestion of fat.  In animal trials, mice fed a high-fat diet with added EGCG gained less weight than mice who were fed a high-fat diet without the EGCG. The researchers theorise that by reducing the digestion of fat, less fat is added to total body mass via this enzyme inhibiting mechanism. Green Tea is packed with EGCG, which may be why so many people report that Green Tea helps them to maintain a healthy weight.

Caffeine is well documented for its effect on weight loss, and also for its stress increasing effects, making it a less than ideal solution for supporting metabolism. Green Tea also contains caffeine. The research on Green Tea appears to suggest that it contains just enough caffeine to stimulate metabolism but not enough to generate the negative side-effects found with high caffeine drinks like espresso. To test this theory, researchers used mice on a high-fat diet to observe the effects of caffeine from Green Tea. The Green Tea group gained less weight than the non-Green Tea group.

Gut bacterial populations are known to affect weight control. In research on rats and mice, it was found that mice fed on a high sugar diet, along with the key ingredient in green tea, had healthier gut bacteria populations and lower weight gain than the mice who were not given green tea.

The Premier Research Labs Green Tea is not only a pure and strong version of green tea, it is also fermented for fast absorption and gut modulation effects.  Click here to try the benefits of Green Tea for yourself, grab a bottle while stocks last.