Patrick Holford has said diet plays a more significant role in statistics for cancer cases than genes do. 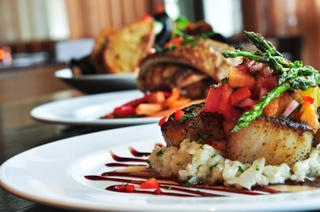 The British nutritional therapist and author Patrick Holford has claimed that diet plays just as important a role - if not a more important one - when it comes to cancer than genes do.

Writing for Natural Products, he explained why people shouldn't be so quick to believe all the media hype which suggests that peoples' genes could hold the key to their cancer risk.

"Genes play a relatively small part of cancer risk," he explains, commenting on the media frenzy surrounding Angelina Jolie's decision to have a double mastectomy to reduce the risk of her developing breast cancer, after discovering she was a carrier of the BRCA gene mutation.

Following the actress and philanthropist's announcement of her surgery, many women rushed to have gene testing to find out if they, too, were at a greater risk of developing the condition.

However, Mr Holford questions the importance placed on genes, stating: "Having a cancer gene doesn't mean you'll get it because diet and lifestyle factors turn genes on and off.

Eating a diet high in both of these food stuff, he says, could increase the likelihood of a person developing cancer to that of a smoker.

Accordingly, if diet is so important, it could be argued that more advice, information and support should be put right in the public eye about the effect that what they eat can play on cancer if - as was the case with women's reaction to Ms Jolie's announcement - people are likely to take action as a result.

With statistics revealing that more than one in three people will develop some form of cancer during their lifetime, any new information about what people could do to reduce their risk is likely to be welcomed.

Those conscious of maintaining a healthy, balanced diet - whether as a result of Mr Holford's comments or not - might like to complement the foods they eat with a nutritional boost such as Biobran, available to be purchased online or ordered over the phone from Really Healthy. The supplement is one of the most effective immune system supports of its kind on healthfood markets.