Simple dietary changes can greatly reduce people's levels of inflammation and could even decrease their chances of developing many chronic diseases, scientists say. 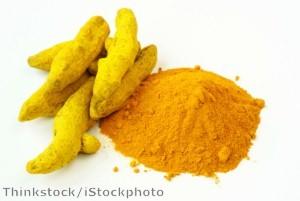 People with inflammatory diseases could benefit from as simple an approach as altering their diet, new research suggests.

A number of chronic diseases involve inflammation, including heart disease, autoimmune diseases and certain cancers, but prescription medicines can cause unwanted side-effects and are not always effective.

As a result, many people are keen to reduce inflammation as naturally as possible and look to their diet and lifestyle for possible solutions.

Preliminary findings from a study at the University of Auckland indicate that simple dietary changes can indeed be effective at combating inflammation.

Scientists, led by professor of nutrition Lynnette Ferguson, recruited 30 healthy volunteers who were asked to stop eating processed foods and to instead adopt a Mediterranean-style diet.

This type of dietary regime focuses on increased amounts of fish and 'good' fats such as olive oil, as well as vegetables and unrefined cereals.

After six weeks, the researchers found that those who adhered closely to the Mediterranean-style diet typically showed reduced levels of a protein called C-reactive protein, which is commonly used as a marker for inflammation.

Professor Ferguson said: "It has been established in many studies that this inflammation can be reduced through a diet which is high in long-chain omega-3 fatty acids, fruit and vegetables, nuts and whole grains, and is low in refined grains, saturated fats and sugars.

"Many of these dietary components characterise the 'Mediterranean diet', which has been shown to protect against chronic disease."

She described the preliminary study findings as "highly encouraging", noting that they show "that average people - many of them young and with no health conditions - can, through an improvement in diet, significantly modify the biomarkers that indicate the risk that they could develop a chronic disease later".

As well as making changes to their diet, people with inflammatory conditions may benefit from taking a natural supplement, such as one of the Curcumin Complex products supplied by The Really Healthy Company.

Curcumin is derived from the yellow spice turmeric and is recognised for its wide range of important health benefits, including its anti-inflammatory properties.

Research suggests that a high-quality curcumin supplement could be beneficial for people with a range of conditions involving inflammation, including osteoarthritis, some cancers and even Alzheimer's disease.