Diet and genetics are linked when it comes to digestive health - and understanding this relationship could shed important light on the treatment of Crohn's disease. 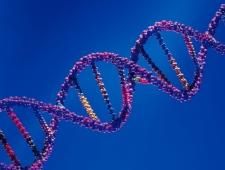 The type of food an individual eats, combined with his or her unique genetic makeup, has an impact on their overall digestive health.

New research carried out by a team of Mayo Clinic scientists led by gastro-enterologist Purna Kashyap could have important implications for those who suffer from a range of digestive conditions, including Crohn's disease.

The study, which was published in the journal Proceedings of the National Academy of Sciences and was carried out on mice, revealed that up to one in five people lack a gene that would enable them to process fucose - a specific sugar found in the intestinal mucous.

Under these conditions, if the individual's diet is lacking in complex plant sugars, the metabolic gene expression of one of the microbes in the gut - namely Bacteroides thetaiotaomicron - may be altered.

This in turn can lead to a higher risk of developing inflammatory digestive conditions, including Crohn's disease, because if bacteria are not confronted with a diet containing the carbohydrates with which they expect to interact, they will change their function. According to the research, this was especially the case with fucose.

Bacteria altering their function can have a significant effect on the body, due to the pivotal nature that they play in metabolic pathways.

"Our data shows that factors in the differences in a host's genetic makeup - in this case genes that affect carbohydrates in the gut - interact with the type of food eaten," Mr Kashyap said.

"That combination determines the composition and function of resident microbes," he added.

Several organisations supported the most recent Mayo Clinic research, including the National Institute of Health and the Crohn's & Colitis Foundation of America.

In 2012, the Mayo Clinic employed a total of 402 physicians and medical scientists, as well as 572 students and 2,354 allied health personnel.

Digestion - like so many other biological processes - is controlled by innate mechanisms which, in many cases, are out of our control. However, healthfood supplements can help to give the body a boost to improve and support these vital mechanisms.

Botanical Stomach Complex by Premier Research Labs - available from Really Healthy - is a broad spectrum support formula for the stomach and the rest of the digestive system, which could help with this particular bodily function.

Similarly, another supplement which can aid with inflammatory conditions is AlphaCurcumin Plus from the same supplier. Containing added bromelain and quercetin, the complex can provide anti-inflammatory nutritional support when taken two to four times a day - usually at mealtimes.