Curcumin: What's all the fuss about?

Much has been said about the potential health benefits of curcumin. 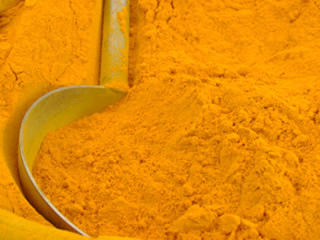 There are many things that people can do nowadays to help safeguard their health into their later years - enjoying a balanced diet, undertaking the recommended amount of weekly exercise and avoiding habits such as smoking.

Another positive lifestyle change might be for individuals to make a concerted effort to ensure they are consuming the correct amounts of the essential vitamins, minerals and nutrients that the body needs to carry out vital biological functions.

These can be eaten as part of the diet or alternatively taken as dietary supplements in the form of capsules, tablets, liquid or powder, for example.

One such complex that has had people talking over the years is curcumin - a substance that is contained in turmeric, which more people may be familiar with as a spice used in cooking.

Over the years, considerable research has been done in order to ascertain what health benefits this bright orange compound really boasts.

Lead researcher Shijun Zhang, assistant professor in the Department of Medicinal Chemistry at the VCU School of Pharmacy, explained: "Although thalidomide disturbs the microenvironment of tumor cells in bone marrow, it disintegrates in the body. Curcumin, also active against cancers, is limited by its poor water solubility. But the combination of thalidomide and curcumin in the hybrid molecules enhances both the cytotoxicity and solubility."

While more research is needed, the experiment showed potential for drug design whereby elements can be joined together to boost their potency and improve their efficacy.

That said, however, curcumin is far from useless on its own. Other research published earlier in the year by the American Journal of Physiology, Lung Cellular and Molecular Physiology found that it could be used to help protect the lungs of premature babies.

However, these properties of curcumin are not just limited to premature babies. This much is evident from the fact that - according to an analysis conducted by medical science researcher Mike Adams, editor of NaturalNews.com - it is the most widely-studied phytochemical in modern science.

It is thought that its anti-inflammatory properties, for one, can help to ease the symptoms of conditions such as osteoarthritis and rheumatoid arthritis.

Looking ahead, curcumin has also shown potential in treating degenerative conditions Alzheimer's and Parkinson's, although - again - more research is needed.

Anybody interested in either finding out more or purchasing a curcumin supplement can get in touch with the Really Healthy Company, which stocks AlphaCurcumin Plus, which takes the form of vegetarian capsules. The potent formula contains 250mg of AlphaCurcumin complex that is seven to ten times more bioavailable than standard curcumin extracts. By concentrating this active ingredient, this focuses and promotes the health benefits further.