Curcumin 'may help people with depression'

A study suggests that curcumin supplements may help people on antidepressant medication to get more rapid relief from their symptoms. 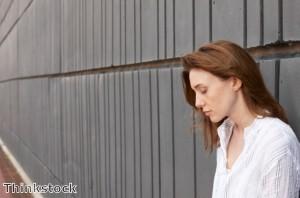 Curcumin is one of the main components of the popular spice turmeric, which typically features in Indian curry recipes.

Studies have suggested that this powerful compound may help to ease arthritis symptoms and other inflammatory conditions, and the latest research indicates that it could have a role to play in the treatment of depression.

Scientists at a number of research institutes in Israel conducted a randomised controlled pilot study to see whether curcumin was effective as an antidepressive agent when used in combination with standard antidepressant medication.

They recruited 40 patients with major depression, all of whom enrolled in a five-week trial.

Participants were taking escitalopram or venlafaxine and were also given either 500mg per day of curcumin or a placebo (dummy supplement).

The researchers found that both treatment groups showed significant improvements in their depressive symptoms over the course of the study, with benefits appearing after seven days of treatment.

However, patients who were using curcumin alongside an antidepressant drug appeared to have slightly more rapid relief than those on medication alone.

Publishing their findings in the journal Clinical Neuropharmacology, the study authors concluded: "Although there is no definitive proof that curcumin can induce an earlier beneficial effect of antidepressive agents, it seems like an extended study is needed to prove it, using higher therapeutic doses of curcumin."

Curcumin seems to have a wide range of benefits for health, but one of the problems is that we gain very little from eating the curry spice turmeric - or indeed from taking most curcumin supplements - as the body finds it hard to absorb curcumin in this form.

However, a high-quality curcumin supplement, such as The Really Healthy Company's AlphaCurcumin, can help to overcome this problem by providing a highly potent version of the active ingredient.