Could probiotics be used to treat depression?

It is thought that certain probiotics could offer potential for treating psychiatric illnesses. 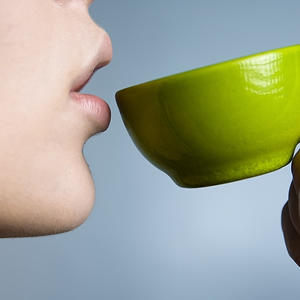 Probiotics - organisms, such as bacteria or yeast - have long been known to present certain health benefits. Now, however, it is being suggested that certain ones could present potential for treating psychiatric illnesses.

The health benefits of probiotics stem from the fact that the human digestive system plays host to more than 500 different types of bacteria, which means that our bodies have a natural affiliation with certain types of these organisms.

Interestingly, this was in fact first noted back in 1908 when the Russian scientist Elie Metchnikoff noted that rural Europeans - who regularly drank fermented milk products - had longer life spans than those who didn't.

It is thought that certain digestive problems come about when the balance of bacteria in the digestive system is disrupted, further illustrating their importance.

Stefano Guandalini, professor of pediatrics and gastroenterology at the University of Chicago Medical Center, confirms: "Probiotics can improve intestinal function and maintain the integrity of the lining of the intestines."

They appear to be becoming increasingly popular, as people become more interested in natural remedies. What's more, it could be said that members of the public are being made more aware of the dangers of filling their bodies with unhealthy, potentially harmful, man-made substances and foodstuffs, meaning the market for natural healthfoods of this variety is looking up.

However, more research is being done to provide scientific backing to claims concerning probiotics' therapeutic powers.

Out of this, psychobiotics have been born - rather, what Timothy Dinan and his colleagues from University College Cork in Ireland have described as "a live organism that, when ingested in adequate amounts, produces a health benefit in patients suffering from psychiatric illness".

Writing in Biological Psychiatry, the scientists believe the organisms could present promising possibilities for the treatment of depression and stress-related disorders.

It is thought that certain environmental factors can significantly alter an individual's microbiome - something that can be influenced by live organisms, such as administration of probiotics. Thereby, the right probiotics could favourably influence a microbiome that has been 'damaged' as a result of a stressful environmental situation. At least, this is the theory.

Furthermore, the scientists believe administration of probiotics may present benefits for the immune system or even boast anti-inflammatory properties.

"The intestinal microbial balance may alter the regulation of inflammatory responses and in so doing, may be involved in the modulation of mood and behavior," according to the authors.

Dr John Krystal, editor of Biological Psychiatry, added: "This intriguing new area of research may open new possibilities for the treatment of depression." Now, all that remains is for more investigations to be done, which will hopefully provide clinical evidence to support these promising hypotheses.

Dr Reena Pattani, who led a review of their effectiveness in treating the common side effects of antibiotics, explained: "Antibiotics are non-specific - they target both our good and bad bacteria. And some of the good bacteria being killed off protect us from pathogens like C. difficle, a bacterium that can cause symptoms ranging from diarrhea to life-threatening inflammation of the body."

Anybody interested in the potential health benefits of probiotics might consider taking a supplement such as the Really Healthy Company's probiotic-generated Green Tea Extract.

This particular formula from Premier Research Labs is described as a micro-digested liquid that allows for rapid cellular delivery of its high content of polyphenol antioxidants, which can boost cell-to-cell signal functioning, receptor sensitivity and inflammatory enzyme activity, amongst other things.