Atherosclerosis appears to be inherently associated with the ageing process, but that does not mean we can neglect our diet and lifestyle, experts say. 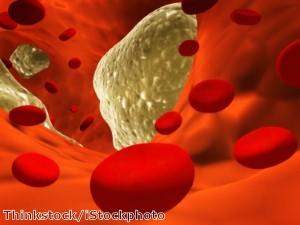 Atherosclerosis or 'clogged arteries' is often regarded as a disease of the modern age, brought on by unhealthy diets and sedentary lifestyles.

But a new study suggests that this type of vascular disease has blighted the human race across all populations from as far back as the days of the pre-industrial hunter gatherers.

US researchers performed CT scans on 137 mummies from a range of geographic locations and found widespread evidence of plaque build-up, which is responsible for blood clots, heart attacks and strokes.

Just over a third of the mummies had signs of atherosclerosis, with those that were older at the time of death featuring more pronounced calcification of their arteries.

The fascinating findings are published in the Lancet medical journal and indicate that atherosclerosis is inherently associated with the human ageing process, and not merely caused by a fatty diet and lack of exercise.

Dr Caleb Finch, from the University of Southern California, remarked: "This is not a disease only of modern circumstance but a basic feature of human ageing in all populations. Turns out even a Bronze Age guy from 5,000 years ago had calcified carotid arteries."

However, this does not mean people can be complacent about their lifestyle, as unhealthy habits can accelerate the development of plaque in the arteries, according to co-lead researcher Gregory Thomas from Long Beach Memorial.

"In the last century, atherosclerotic vascular disease has replaced infectious disease as the leading cause of death across the developed world," he revealed.

"Our research shows that we are all at risk for atherosclerosis, the disease that causes heart attacks and strokes - all races, diets and lifestyles. Because of this we all need to be cautious of our diet, weight and exercise to minimise its impact."

People with concerns about their artery health may also want to consider using a product such as AlphaGuard Plus.

Supplied by theThe Really Healthy Company, this natural antioxidant complex contains a wide range of nutrients, many of which are thought to have benefits for cardiovascular health.

In particular, AlphaGuard Plus contains grape seed extract, which has a high content of compounds called oligomeric proanthocyanidins (OPCs). These have been shown to help treat vascular diseases by strengthening the blood vessels and combating inflammation.