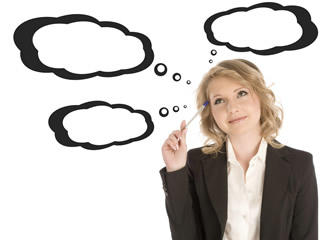 Statins commonly use to lower 'bad cholesterol' levels in the blood could also have an adverse effect on memory, scientists working in the UK have claimed.

At present, it is estimated that as many as seven million people in the UK alone take some type of statin on a daily basis, with GPs prescribing them with the aim of protecting healthy but high-risk people from heart disease, as well as reducing the likelihood of strokes or heart attacks among patients who already have high levels of cholesterol.

However, according to the findings of new research carried out at the University of Bristol, two types of medication in particular could also adversely affect a patient's cognitive function, with studies showing notable memory loss in rats treated with the drugs.

Both pravastation and atorvostatin, which are commonly taken under different brand names, were found to have such adverse side effects, with study leader Professor Neil Marrion stating more work needs to be done to see how drugs aimed at treating cholesterol affect cognitive function.

"What is most interesting is that this is not a feature of all statins," he said, writing up the findings in the journal PLOS ONE.

"However, in order to better understand the relationship between statin treatment and cognitive function, further studies are needed."

A simple test is sufficient to measure levels of cholesterol in the blood, with high levels increasing the risk of coronary heart disease and angina, as well as strokes and heart attacks.

One product in which anybody concerned with safeguarding their cognitive function might be interested is KBG Algae, available from The Really Healthy Company.

The nutrient-dense greenfood formula is rich in vitamins and minerals, all of which can prove invaluable in keeping grey matter - and the body more generally - ticking over healthily. People may take the complex for any number of reasons - not only to boost their memory and concentration, but also perhaps to help with stress, fatigue or even premenstrual symptoms, amongst other health concerns.