Researchers believe they have discovered the causes of staphylococcal infective endocarditis. 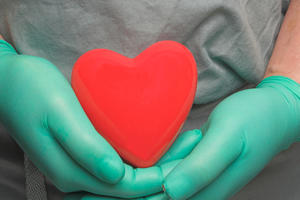 Scientists continue to investigate the causes of a great number of conditions in order to garner a better understanding of them - and thereby develop and improve treatments for the various illnesses.

Now, researchers from the University of Iowa believe they have unlocked the key to why people develop staphylococcal infective endocarditis - a lethal bacterial infection that is currently responsible for around 20,000 deaths in the US every single year.

According to their findings - published in the online open-access journal mBio - toxins produced in a great number by Staphylococcus aureus bacteria called superantigens are behind the condition.

Stating that the superantigens' mode of action is to "mess with the immune system", lead author and professor and chair of microbiology at the institution's Carver College of Medicine Patrick Schlievert explained how in over-activating the body's immune system, this helps to promote symptoms.

These comprise "capillary leakage, low blood pressure, shock, fever, destruction of the heart valves and strokes that may occur in half of patients", according to the expert.

With the survival prognosis for staphylococcal infective endocarditis estimated to be about 50 per cent, new knowledge about the causes of it may prove invaluable for those investigating ways to prevent and treat the condition.

In addition to looking into the reasons people develop the condition, the researchers explored the fact that those who do survive it are at a greater stroke risk due to damage done to their heart valves by the bacterial infection.

Dr Schlievert commented on this branch of their study, confirming they had proved in animal models that these strokes could be prevented by neutralising the superantigens, against which it was possible to vaccinate.

Superantigens - or indeed anything - messing with the regular function of the immune system can prove catastrophic, and so people looking to safeguard the health of their body's innate protective mechanisms may be interested in taking a supplement which can give the immune system a bit of extra support.

BioBran, available from Really Healthy, is one of the most effective supplements available on health food markets to help support and strengthen the body's immune system.

Meanwhile, its low-molecular weight, bioavailable antioxidant supplement Pro-Knox is a powerful, natural antioxidant complex - boasting improved free radical-quenching activity over some competing formulas - comprising vitamins, beta-carotene, quercetin and riboflavin, amongst other compounds. Taken in conjunction with consuming a healthy, balanced diet, this supplement could help people to give their immune system the best possible chance of keeping their body fighting fit.