Build-up of toxins inside the body 'linked to economic status'

A study suggests that people are prone to accumulating different chemicals inside their bodies, depending on their income. 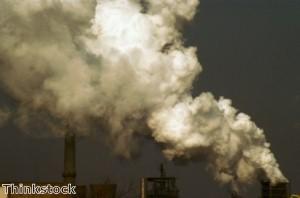 People from all socioeconomic backgrounds are at risk of harmful toxins building up inside their bodies but the exact chemicals appear to be linked to economic status, new research suggests.

Scientists at the University of Exeter Medical School analysed data from the US National Health and Nutrition Examination Survey in order to investigate the links between socioeconomic status and the build-up of various chemicals.

They discovered that people from all walks of life accumulate chemicals, contradicting conventional thinking that lower socioeconomic status was associated with a higher prevalence of harmful toxins inside the body.

However, wealthy people tend to accumulate different toxins compared with those from poorer households.

Lead researcher Dr Jessica Tyrrell, from the university's European Centre for Environment & Human Health, revealed: "We've found that as people become better off, changes in their lifestyle alter the types of chemicals in their bodies, rather than reducing the overall amount."

For instance, people with higher incomes tended to be particularly susceptible to high levels of urinary mercury, arsenic, caesium and thallium, supposedly because of their diet.

"The age-old adage of 'you are what you eat' seems to be true when explaining some of the trends we're seeing in the data," Dr Tyrrell observed. "It's certainly very likely that fish and shellfish consumption is partially responsible for build-ups in mercury, arsenic and thallium."

Wealthier people were also more likely to have elevated levels of a chemical called benzophenone-3, which the researchers attributed to their increased tendency to use sunscreen products that contain the chemical.

People with lower incomes, meanwhile, were more likely to have build-ups of urinary lead, cadmium, antimony and bisphenol A, with some of these associations linked to poor diet and higher smoking rates.

"Long-term exposure to chemicals, even in very small quantities, can lead to a number of adverse health effects such as diabetes and cardiovascular disease," Dr Tyrrell noted.

"This study has produced a robust analysis of how the accumulation of these chemicals relates to socioeconomic status, giving us an important understanding that will help to inform strategies aimed at improving health."

People with concerns about the build-up of toxins inside their bodies may want to consider using a dedicated detox supplement such as AlphaClear, which is supplied by Really Healthy.

This liquid supplement contains a volcanic mineral called zeolite, which has a unique ability to 'mop up' toxins - including heavy metals - thanks to its honeycomb structure.

AlphaClear also contains a powerful antioxidant called alpha lipoic acid, which travels throughout the body and protects against harmful free radicals that are produced in response to toxins.