Britons spend more time with chronic illness than most Europeans

A study has revealed Britain's poor performance on public health, relative to other countries in Europe. 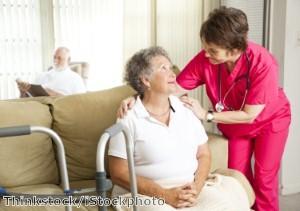 The UK is lagging behind similar countries in terms of many key health indicators, according to a major new study in the Lancet medical journal.

Researchers found that Britons are enjoying longer life expectancies than ever before, with the average life expectancy rising from 78.3 years in 1990 to 81.9 years in 2010 for women, and from 72.9 years to 77.8 years for men.

But they also spend more years living with chronic illness and disability than most other Europeans, with conditions such as back and neck pain and depression featuring heavily among the population.

Improvements in premature death rates from ischaemic heart disease, chronic obstructive pulmonary disease, lower respiratory infections and breast cancer have failed to keep pace with those seen in other nations in Europe.

The report suggests that progress is being hindered by preventable causes of death, including smoking, unhealthy diets and alcohol and drug use.

Britons are also more likely to have high blood pressure than their European counterparts, while rising rates of obesity contribute to the nation's high levels of heart disease and musculoskeletal complaints.

Professor Kevin Fenton, director of health and wellbeing at Public Health England and one of the study's co-authors, said the report should act as a wake-up call, as the UK's pace of improvement "is not enough".

He noted: "Smoking, high blood pressure, having a high body mass, physical inactivity and alcohol are five main risk factors for ill-health and many of the major causes of premature death."

The expert added that many of the health conditions that are common in the UK "are either preventable or amenable to early intervention".