Britain urged to find ways of coping with ageing population

The UK population is ageing more than ever before, and could face a public healthcare crisis if general health does not improve. 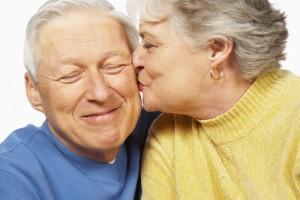 With new figures suggesting more than eight million Brits could live beyond 100, questions are once again being asked about whether individuals and the nation as a whole are ready to cope with a rapidly ageing population.

Because of advances in medicine, people are able to live much longer without necessarily living any healthier – which means old age characterised by a string of health problems.

One of the potential health crises facing the UK is the rising number of old age people suffering from memory loss and dementia – something that often comes about as a result of sedentary living and an unhealthy diet. In fact, the Alzheimer's Society has recently estimated that four in five people in care homes suffer from dementia or memory loss.

Many of the health problems associated with old age will need to be allayed through healthier lifestyles if the UK is to cope with a significant rise in the number of older people.

The Daily Mail reports that an upcoming inquiry by the Lords Committee is set to announce next month that the NHS and care system are not yet ready to cope with the projected rise in old people – with eight million expected to live beyond 100.

In fact, figures suggest that half of those babies born in 2007 will go on to live until they are 103.

According to the Lords Committee on Public Service and Demographic Change, not enough is being done by the government to ensure public services are organised to meet the nation's changing health needs.

Professor Sarah Harper, from Oxford University, was quoted as telling the committee: "The combination of a bulge in our population taking advantage of increases in life expectancy means that I think eight million people currently will make it to a century.

In light of that fact, the importance of improving our lifestyles through diet and exercise has become more urgent. One way to help improve your health, cognitive function and energy levels would be to use Klamath Blue Green Algae. Packed full of naturally occurring vitamins, minerals and phytonutrients, Klamath Algae can greatly improve your chances of a healthy life.