Boosting the activity of your immune system could be the best way to fight influenza, experts believe. 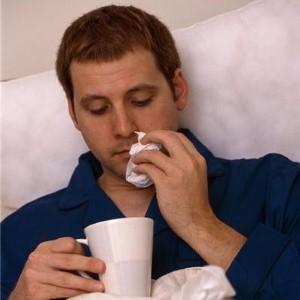 Scientists say the best way to fight flu may be to bolster the immune system rather than targeting the virus itself.

Thousands of people get flu each year in the UK, with about 600 people dying from complications associated with the viral infection.

Researchers at the Hebrew University of Jerusalem believe there may only be limited potential in drugs that target the influenza virus, as it is so adept at mutating and evading medication.

They say that a more promising approach could be to focus on ways to boost the body's natural defences, which include natural killer (NK) cells.

These are capable of recognising and destroying cells that are infected with the influenza virus, thereby helping to block the virus' spread in the respiratory system.

Yotam Bar-On and Professor Ofer Mandelboim, from the Hebrew University Faculty of Medicine, have published research in the journal Cell Reports in which they say drugs could be used to boost the activity of NK cells.

This in turn could help to eliminate the influenza virus from a person's body, enabling them to recover more quickly from a bout of the flu.

There may, however, already be a way to do this in the form of a natural product called BioBran MGN-3.

Supplied by The Really Healthy Company, this food supplement can help to optimise the body's own natural healing mechanisms, giving them a better chance of staying healthy.

It does this thanks to a unique blend of hemicellulose nutrients such as arabinoxylan, which are produced using a process that breaks down rice bran using enzymes derived from shiitake mushrooms.

Lab tests suggest these hemicellulose nutrients may support NK cells and other white blood cells so that they can carry out their roles more efficiently.

For instance, a study published in the Journal of Pharmacy and Pharmacology in December 2004 found that mice given MGN-3 BioBran showed significantly enhanced NK cell activity, leading the researchers to suggest that the product may also help to boost NK cell function in humans.