A new study suggests that BioBran MGN-3 may help to reduce many of the side-effects experienced by women undergoing chemotherapy for breast cancer. 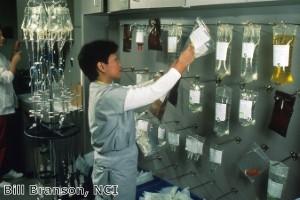 Women who are undergoing chemotherapy for breast cancer may benefit from taking a natural product called BioBran MGN-3 alongside their conventional treatment, new research has found.

Researchers at Nishtar Hospital Multan in Pakistan recruited 50 breast cancer patients in order to investigate the impact of BioBran MGN-3, a food supplement manufactured from the breakdown of rice bran using enzymes derived from shiitake mushrooms.

This process results in a unique blend of hemicellulose nutrients that many scientists and clinicians believe offers unrivalled immune system support.

To shed light on the natural food supplement's benefits, researchers enrolled 50 women who were about to receive six cycles of chemotherapy at the hospital.

All of the women had been diagnosed with locally advanced breast cancer and none had received any previous treatment for their disease.

None of the women took any other types of multivitamin or food supplement for the duration of the study.

The researchers were particularly interested to see whether the BioBran MGN-3 had any effect on the side-effects of chemotherapy, which can include fatigue, appetite loss, vomiting, hair loss and poor quality of life as a result of weight loss.

They discovered that women who used BioBran MGN-3 typically benefited from a significant reduction in tiredness and appetite loss.

Four-fifths (80 per cent) of the women who took BioBran MGN-3 reported an improvement in their dietary intake without taking any kind of appetite-enhancing medication, as well as a lack of fatigue.

In contrast, just 12 per cent of patients who received chemotherapy alone did not request appetite-enhancing medication, indicating that this side-effect was far worse for those not using BioBran MGN-3.

Further analysis revealed that the majority (60 per cent) of BioBran MGN-3 users did not require anti-emetic medication to help prevent or reduce nausea and vomiting, whereas 100 per cent of patients who did not receive the food supplement reported severe nausea during and after their chemotherapy sessions.

Weight loss was common among those who did not use BioBran MGN-3.

Over the course of their six cycles of chemotherapy, 84 per cent of these patients lost 5-10kg of weight.

However, 16 of the 25 patients taking BioBran MGN-3 actually gained an average of 2kg after each cycle, with the remaining nine patients maintaining a stable weight throughout chemotherapy.

Hair loss was also far less common among those given BioBran MGN-3. Just 28 per cent of patients who used the product experienced hair loss, compared with 100 per cent of those who underwent chemotherapy alone.

Publishing their findings in the Professional Medical Journal, the study authors concluded: "The study showed that, by helping to optimise the immune system, BioBran MGN-3 can not only help maximise treatment success, but also minimise treatment side-effects and improve quality of life during treatment and in recovery."

BioBran MGN-3 is the subject of an increasing amount of research, given its apparent ability to stimulate the immune system.

The reasons for its powerful effects are not yet fully understood, but it is thought that arabinoxylan compounds in the food supplement boost the body's production of natural substances called cytokines, which in turn increase the activity of the immune system's B, T and natural killer (NK) cells.

NK cells are believed to play a particularly powerful role in helping the body to fight cancer, as they travel through the body, destroying cells that have become cancerous.

The study authors emphasise that BioBran MGN-3 is not designed to be a replacement for conventional anti-cancer treatments, such as chemotherapy.

Instead, they suggest that the food supplement may be a "useful adjunct" to conventional treatment, potentially helping a patient's immune system to fight the disease, while enhancing their quality of life.

They conclude that chemotherapy is well-known for causing unwanted side-effects, including nausea, weakness, hair loss and poor general health, and that their research suggests BioBran MGN-3 may help to "mitigate some of these side-effects by increasing immune strength".