Beta-carotene 'may protect against type-2 diabetes'

Early studies suggest that people whose genes make them susceptible to developing type-2 diabetes may benefit from boosting their intake of beta-carotene. 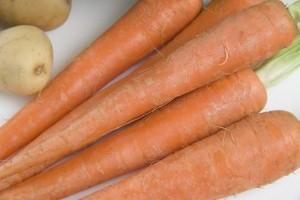 Scientists at Stanford University School of Medicine looked at people with a particular version of the SLC30A4 gene, which produces a protein that is abundant in insulin-producing islet cells in the pancreas.

This particular genetic variant is associated with an increased risk of type-2 diabetes, but the researchers found that beta-carotene may help to counter its effects, reducing people's risk of the disease.

Their study revealed that in people with two copies of the gene variant, the lower their blood levels of beta-carotene, the greater their risk of type-2 diabetes.

The findings - which are published in the journal Human Genetics - could be very relevant to the fight against diabetes, as up to 60 per cent of people in the US and many more around the world are thought to carry two copies of this variant.

Although more studies are needed, it may well be the case that these people's risk of developing diabetes could be lowered by increasing their levels of beta-carotene, such as by encouraging them to eat more carrots or by giving them a high-quality beta-carotene supplement.

Dr Atul Butte, an associate professor at Stanford and senior author of the study, observed that type-2 diabetes currently affects approximately 15 per cent of the world's population, with numbers on the increase.

He added that the findings were "no surprise", as previous studies have suggested a link between high levels of beta-carotene and a reduced risk of type-2 diabetes.

The researchers now plan to continue their studies to see whether the administration of beta-carotene could help to prevent the onset of diabetes.

Depending on the results of these studies, there could be an increase in demand for high-quality supplements that contain the nutrient, such as Klamath Blue Green Algae.

Supplied by The Really Healthy Company, this organic product boasts the highest beta-carotene content, per gram, of any known food and has become the greenfood supplement of choice for many people.