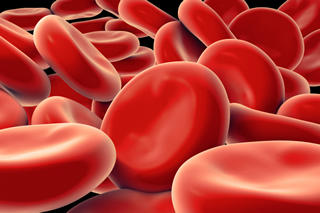 Therapy designed to harness the benefits of arginine could be a safe, affordable and effective way of easing the pain of patients with sickle cell disease.

Arginine is an amino acid which can be found as part of a healthy balanced diet. However, it is also possible to take it as a nutritional supplement to boost levels.

Through past studies, researchers working at Emory University in the state of Georgia have found evidence to link a relative lack of the protein with episodes of acute pain among children suffering from the condition.

Now, the findings of a recent randomised placebo-controlled study have pointed to the potential benefits of using arginine when treating this pain.

The team noted a 54 per cent reduction in the need to use of opioid-based pain medication among young patients given arginine therapy, who also reported significantly lower levels of pain than those who had been given a placebo.

Furthermore, patients treated with the protein needed less hospital treatment - something which could free up hospital resources and ultimately save money - while no adverse side effects were observed.

Writing up the findings in the journal Haematologica, lead researcher Professor Claudia Morris, noted that more investigations were needed into the pain-relieving potential of the amino acid.

Expressing her optimism about the results, she said: "There is an urgent need for new therapies for acute sickle cell pain and a greater than 50 per cent reduction in use of opioid pain medication was a remarkable finding."

A spate of separate studies have found a number of other benefits of the protein, including its ability to ease levels of stress and anxiety.

Those interested in the health benefits of arginine and who would like to take a supplement to boost their levels might consider KBG Algae, available from Really Healthy, which contains the amino acid.

The supplement also contains iron, which can furthermore prove beneficial in the treatment of sickle cell, as the condition is characterised by chronic anaemia and severe pain. This is due to an error in the coding for one of the genes responsible for haemoglobin - an iron protein in red blood cells charged with transporting oxygen around the body.