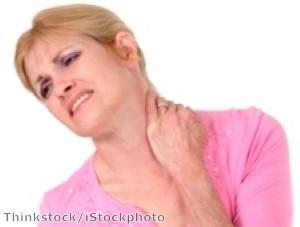 People with neuropathic pain - resulting from a problem in the nervous system - may benefit from taking a high-quality antioxidant supplement, new research suggests.

Scientists at the University of Texas Medical Branch at Galveston carried out a series of experiments on mice with neuropathic pain conditions.

In one of the studies, some mice were given an antioxidant compound for a week after the onset of their pain, while others were not.

The researchers found that mice that received the antioxidant demonstrated less behaviour associated with pain, indicating that they experienced less discomfort than the other animals.

When the scientists looked at the animals' spinal cords, they discovered that the antioxidant-treated mice had significantly higher numbers of nerve cells or 'neurons' that release a signalling chemical called GABA.

It is thought that these GABA neurons help to stop pain impulses, with uncontrollable pain developing if they die or stop working properly.

The findings raise the possibility that it may be possible to prevent or treat neuropathic pain by maintaining sufficient levels of GABA neuron activity, potentially by boosting a person's intake of antioxidants.

Professor Jin Mo Chung, senior author of the research in the journal Pain, explained: "GABA neurons are particularly susceptible to oxidative stress, and we hypothesised that reactive oxygen species contribute to neuropathic sensitisation by promoting the loss of GABA neurons as well as hindering GABA functions.

"By giving the antioxidant we lowered the pain behaviour, and when we look at the spinal cords we see the GABA neuron population is almost the same as normal. That suggested we prevented those neurons from dying, which is a big thing."

Professor Chung believes antioxidants could have an important role to play in treating neuropathic pain.

He concluded: "Neuropathic pain is very difficult to treat and I think this is a possibility, a good possibility."

There are countless antioxidant supplements on the market, but the best approach is to use a high-quality antioxidant complex such as AlphaGuard Plus.

Supplied by The Really Healthy Company, this unique supplement contains a wide array of the most effective antioxidant nutrients and complexes, including vitamins C and E, alpha lipoic acid, curcumin and grape seed extract.

This means that AlphaGuard Plus could be the ideal supplement to test the latest theory about antioxidants' effects on neuropathic pain.

An alternative product is Pro-Knox - a natural low-molecular-weight antioxidant that has a particularly powerful ability to neutralise harmful free radicals.

Rather than focussing on a single antioxidant, Pro-Knox consists of plant extracts containing vitamins A, C and E, beta-carotene, quercetin, riboflavin and many other nutrients that work in synergy to protect the body.