Antibiotic drugs 'no help against coughs'

Natural immune support is likely to be far more effective than antibiotics for fighting off an annoying cough. 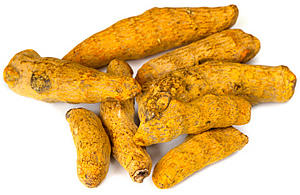 Those planning to visit their GP to discuss an annoying cough may be better off seeking a more natural solution, following new research showing that commonly prescribed antibiotics are unlikely to provide any relief for this type of illness.

A British research team looked at the effectiveness of amoxicillin, which is commonly handed out to people with lower respiratory tract infections such as coughs and bronchitis.

The researchers discovered that the antibiotic was no more effective at relieving symptoms than use of no medication at all, even among older people.

Their large randomised placebo-controlled trial involved more than 2,000 European adults who had visited their GP to seek advice on coughs.

Patients were given amoxicillin or a placebo (dummy drug) to take three times a day for seven days.

They were also asked to complete a daily symptom diary to see how quickly they recovered from their illness.

Publishing their findings in the Lancet Infectious Diseases, the study authors revealed that there was little difference in the severity or duration of symptoms between the two treatment groups, even among older patients.

Furthermore, many people who used antibiotics reported unpleasant side-effects, including nausea and diarrhoea.

Lead researcher Professor Paul Little, from the University of Southampton, concluded: "Patients given amoxicillin don't recover much quicker or have significantly fewer symptoms.

"Using amoxicillin to treat respiratory infections in patients not suspected of having pneumonia is not likely to help and could be harmful."

He added that the majority of people who develop acute lower respiratory tract infections such as coughs "get better on their own".

With prescription medicines apparently being of little benefit for coughs and other winter illnesses, it is all the more important to give your immune system a helping hand at this time of year.

Eating a healthy and balanced diet, including plenty of fruit and vegetables, is a good starting point, while limiting your exposure to toxins by avoiding processed foods and cigarettes will also do wonders for your body's defences against illness.

If you do succumb to a cough, a simple mug of hot water with honey and lemon can help to ease your symptoms.

Some people also choose to take a supplement containing curcumin extract, such as the Curcumin complex offered by The Really Healthy Company, which is thought to have a range of important health benefits, not least of which are its antioxidant and anti-inflammatory properties.

Supplementing your diet with a high-quality curcumin product could therefore be just what you need to help your body shake off that seasonal cough or cold.