The potential health benefits of turmeric and its active ingredient curcumin are being recognised by an increasing number of people, with Oscar-winning actor Sir Michael Caine the latest celebrity to sing its praises. 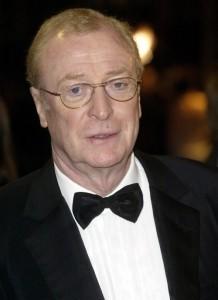 Acting legend Sir Michael Caine has revealed he is a fan of the Indian spice turmeric.

The 80-year-old told Hollywood chat show host Larry King that he takes turmeric supplements in a bid to keep his brain sharp and ward off the effects of ageing.

Double Oscar winner Caine revealed that he was introduced to the health benefits of turmeric - which contains an antioxidant and anti-inflammatory ingredient called curcumin - by his Indian-born wife Shakira.

"I have been taking turmeric tablets for 30 years and I have a memory like a computer. I remember everything," he claimed.

Sir Michael believes that turmeric - which is commonly used in curries and has long been used in alternative medicines - may be behind India's relatively low rates of Alzheimer's disease.

According to the organisation AlzheimerIndia.org, Alzheimer's disease is far less common among people in their 60s and 70s in India than among similar-aged people in countries such as the US.

There is plenty of research supporting the theory that this trend may be linked to turmeric consumption.

For instance, a recent study in the American Journal of Chinese Medicine found that curcumin helped to improve spatial memory in laboratory animals, while separate research conducted at Chung Yuan Christian University in Taiwan - published in the Taiwanese Journal of Obstetrics and Gynaecology - suggests that curcumin may help to treat and even prevent the onset of Alzheimer's disease.

One of the problems with curcumin is that many versions of the turmeric ingredient are not readily absorbed by the body, meaning that only a high-quality curcumin supplement is likely to provide real health benefits.

The curcumin supplement Supplied by The Really Healthy Company, called AlphaCurcumin Plus, is highly potent and significantly more bioavailable than other products on the market.

It contains a patented curcumin extract and is formulated with a proprietary blend of enzymes, Bioperine and quercetin that further enhance absorption to ensure that users gain as much anti-inflammatory benefit from the curcumin as possible.